What Is a Framework in Building Construction?

Apr 28, 2021David AnderHomeComments Off on What Is a Framework in Building Construction?Like

When we begin to develop a system or construct a building, we usually start by designing a model or formulating a detailed plan that helps us understand all the aspects and key points of how the entire building will stand erect in real life in front of us. A model or structure of this kind is known as a framework. But that’s not all the term stands for.

A framework is generally an accord applied in the form of a contract that helps buyers build conditions with contractors or suppliers. However, there are, in particular, a lot of types of frameworks in building construction. These types are subjective to how a building is constructed and on what scale the construction is carried out. For each generic group in the process of construction, different frameworks are utilized accordingly.

For example, one type of framework in building construction refers to the structural frame of a structure, building, or built asset. These built assets could be bridges, tunnels, or any other rigid structure that supports these assets.

Let’s explore the different meanings and applications of the term “framework” in building construction.

A framework agreement is different from a contract. A contract is generally used at the end of the agreement. It is an additional term included in the bid when the contracting party agrees to purchase the same supplier’s goods and services.

Whereas if the contract is not extended to the supplier in addition to the agreement, it implies that there is no guarantee of future work between both parties, and the deal between them would only be a one-time thing.

Why Should Companies Utilize a Framework in Construction?

In addition, any construction industry ensuring the use of a framework agreement is considered to be well-reputed in the marketplace. The buyers are more inclined to hire them for the building construction due to their trustworthy reputation in the world of construction.

An architectural framework has long been used to refer to a rigid framework that supports an entire building, an asset, or a part of it.

Types of Framework in Building Construction

Depending upon the building type and the structure used in the development, different types of frameworks are utilized in building construction. The primary ones are typically classified into two: the rigid and the braced frameworks.

This type of framework in the structure of a building is used with the two linear beams. Beams and columns are the components of the rigid framework that are interconnected by several rigid connections.

The nature of these frameworks is load-resisting, either achieved by the rotating beams or the extensive interconnectivity of the members within the framework that do not shift positions and maintain their rigidity even under heavy loads. Due to this high resistance to collapse and unparalleled strength, rigid frameworks are used mainly in steel structural applications. This framework’s versatility has enabled it to be used in multiple complex structures such as skyscrapers, gyms, retail stores, and warehouses.

Rigid frameworks are further classified into two: the fixed-ended and the pinned-ended rigid structures.

A braced framework in building construction also has beams and columns with bracing that resists collapsing. The principal purpose is to withstand the heavy loads. However, as compared to a rigid framework, a braced framework is relatively easy and straightforward to use.

A braced framework is commonly used to withstand earthquakes and hold heavy buildings down. Most constructors prefer the braced framework over the rigid framework because the former is more practical, is easier to build, and provides much stronger support to the building.

A building constructor should opt for a framework agreement to ensure that the suppliers and the buyers are on good terms and all the goods, services, and functions are carried out smoothly.

Previous PostMaking Your Property Breathe: Enhancing Ventilation in Your Home Next PostHouse Hunting Mistakes You Don't Want to Make 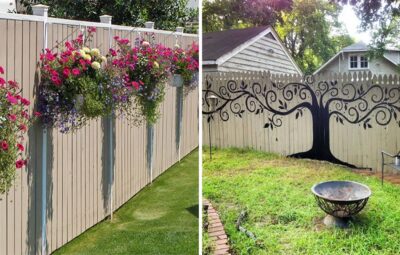 Creative Ways to Decorate Your Fence

Introduction A fence doesn’t just define your boundary, but completely changes your home’s curb appeal and even has the potential to...